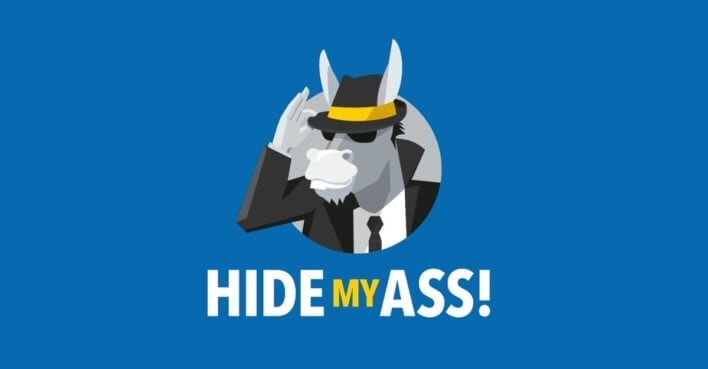 HMA VPN (formerly HideMyAss!) is a virtual private network (VPN) provider founded in 2005 in the United Kingdom. It has been a subsidiary of the Czech cybersecurity company Avast since 2016.
HMA provides digital software and services intended to help users remain anonymous online and encrypt their online traffic. Its software is used to access websites that may be blocked in the user’s country, to anonymize information that could otherwise be used by hackers, and to do something unscrupulous without being identified. HMA’s privacy policy and terms of use prohibit using it for illegal activity.
HMA hides the user’s IP address and other identifying information by routing the user’s internet traffic through a remote server. However, experts note that the company does log some connection data including the originating IP address, the duration of each VPN session, and the amount of bandwidth used.
The company offers a vast network of 1,000+ servers in 290+ locations across 190+ countries. HideMyAss! has its own DNS service to help avoid DNS leaks and, as a bonus, it blocks access to malicious and phishing sites.
This VPN works on all your devices, and it just might have a point. Not only are there custom apps for Windows, Mac, Android, iOS and Linux, but there’s installation advice to help a client manually set up the service on many other platforms. HMA is easy-to-use with a sprawling network of servers and really capable new apps, and millions of happy users around the world prove that.
Join Indoleads right now and start promoting this offer!

Top affiliate offers for Indonesia are here! Earn affiliate commissions with your mobile and desktop traffic. We have carefully selected the best CPS offers from Tokopedia, Bukalapak, Blibli and many more. E-commerce CPS offers in Indonesia usually have a payout of up to 12%. Convert your traffic into commissions and grow your passive income fast. Join the fastest growing affiliate network in South-east Asia – Indoleads!

Indoleads recommends contacting our professional affiliate account managers to learn more about the best offers for your preferred Geo and Verticals.

Panel place isn’t your regular survey website, it is a huge survey portal and a marketplace for di

Indoleads is an Affiliate Marketing Network that connects advertisers with their target audience to drive product awareness and increase sales through affiliates from all sectors and industries. Get your marketing game in full swing with affiliate marketing solutions from indoleads.com. Setup your program today.

Sign up for our weekly newsletter to receive the latest news on trends, offers, and marketing strategies.