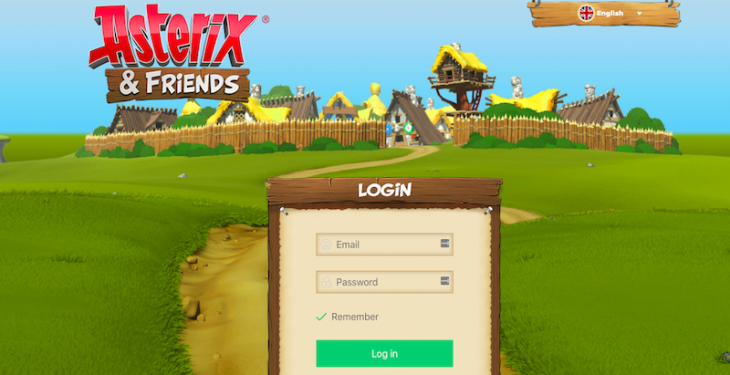 What is Asterix & Friends Web Version Affiliate Program
Asterix & Friends Web Version Affiliate Program is a popular CPA Affiliate Program. Asterix & Friends is an engaging and funny game based on the famous French comic book series about Gaulish warriors, who have adventures and fight the Roman Republic during the era of Julius Caesar in an ahistorical telling of the time after the Gallic Wars. If there are any gamers among your audience, they would definitely love to see Asterix & Friends Web Version Affiliate Offer. Joining Asterix & Friends Web Version Affiliate Marketing Campaign, lets your visitors access one of the most engaging games ever. Earn Asterix & Friends Web Version Affiliate Commission and start monetizing your website.
About Asterix & Friends Web Version
In Asterix & Friends Web Version players can build their own Gaulish village in Asterix’s world: embark on an epic adventure, explore the world, join forces with their friends and create powerful guilds to fight back the Roman army. Players complete funny and challenging quests while making their way through Roman legions and camps and reach Egypt with Asterix, Obelix, Dogmatix, and other new and classic characters!
What can be more exciting than building your own village in this amazing Asterix world. Hunt wild boars, fish out the best quality seafood to prepare a delicious meal for Obelix, or just slap it in the face of your opponents! Gather wood, stone, wheat, and many more resources to re-build your village and lead Asterix and Friends to victory! And of coure fight Julius Caesar and beat up his Roman army. Players explore the power of a vast array of potions, craft weapons and armors, reunite your favorite characters, equip and train them to be ready to strike back at the Roman Empire.
Here one can join a guild, or make their own and help theirr fellow Gauls to fight off the invading legions: engage in hilarious village brawls with friends or foes to reach fame and glory in Gaul’s history. And of course the game is full of exciting quests. Fulfill the many quests Asterix and Friends will challenge you with, and they will reward you abundantly and even join you in the battle to free Gaul from the Roman armies and help you sail to new shores.
One of the newest features is racing through Italy and celebrating the new comic release. In this brand new feature you and your friends can compete with other players and guilds to be the fastest of all. Keep your chariot and your horses sound to visit the most beautiful places in Italy and fulfill the race-quests to win the race!
This amazing game is bases in the famous French comic series which follows the adventures of a village of Gauls as they resist Roman occupation in 50 BCE. They do so by means of a magic potion, brewed by their druid Panoramix, which temporarily gives the recipient superhuman strength. The protagonists, the title character Asterix and his friend Obelix, have various adventures. The “-ix” ending of both names (as well as all the other pseudo-Gaulish “-ix” names in the series) alludes to the “-rix” suffix (meaning “king”) present in the names of many real Gaulish chieftains such as Vercingetorix, Orgetorix, and Dumnorix.
In many of the stories, they travel to foreign countries, while other tales are set in and around their village. For much of the history of the series, settings in Gaul and abroad alternated, with even-numbered volumes set abroad and odd-numbered volumes set in Gaul, mostly in the village. The Asterix series is one of the most popular Franco-Belgian comics in the world, with the series being translated into 111 languages and dialects as of 2009.
We bet your audience will be happy to see this offer. Ready to promote Asterix & Friends Web Version? Just join Indoleads and start earning like a pro! For more affiliate programs like Asterix & Friends Web Version, visit Indoleads Affiliate Program Marketplace.
eCPC – 0.0000$
Hold period – 60day(s)
Banners – Yes
Deeplinking – No
Promocodes – No
CR – 0%
Cookie lifetime – 90day(s)
Landing pages – Yes
XML/CSV feed – No