How to become a Yandex partner 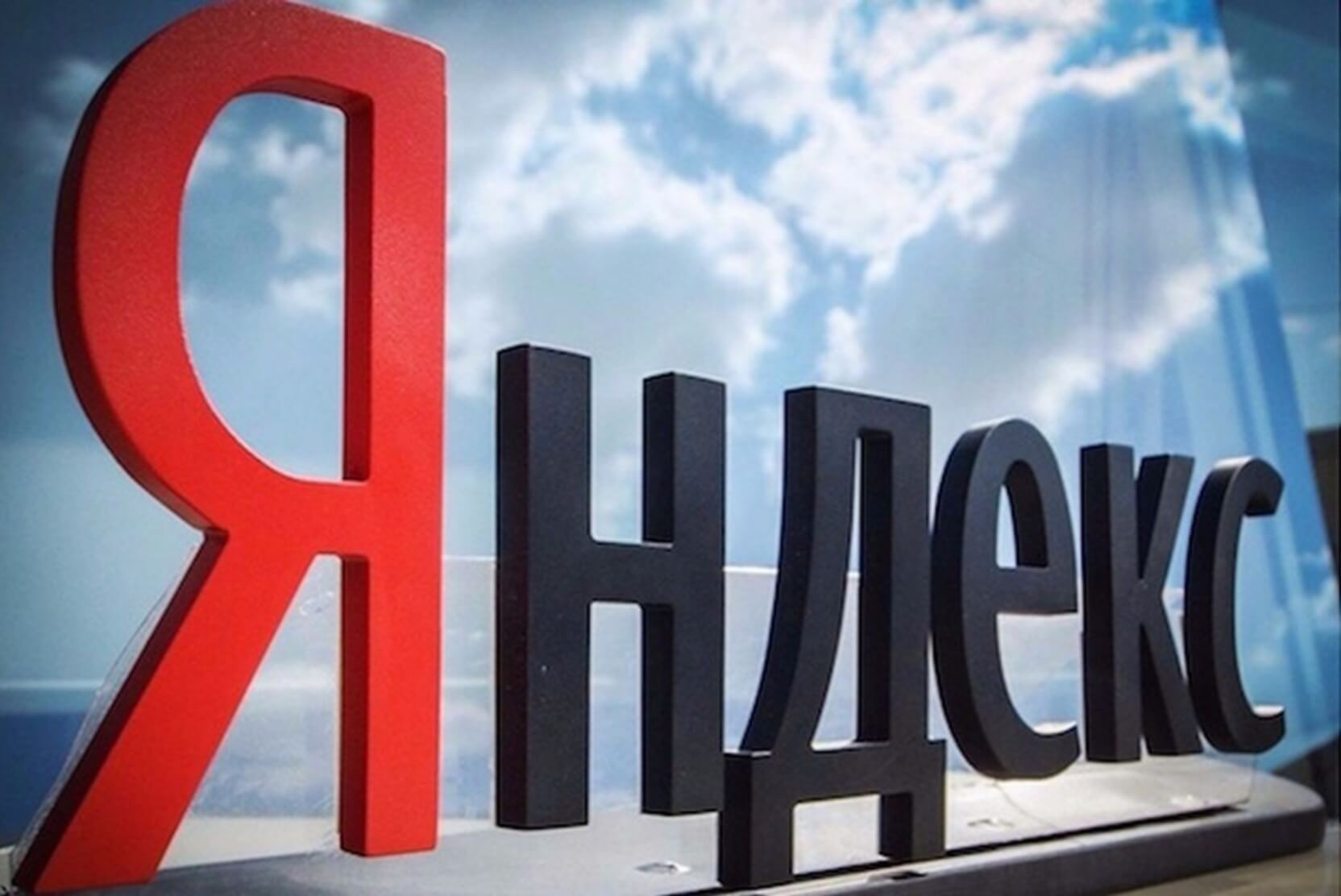 “Yandex. There will be everything! – – the famous slogan that appeared during a large-scale advertising campaign of the Russian IT giant.

It was the year 2000, when representatives of the brand not only announced grandiose plans, but also rolled out a lot of interesting features.Then new services were opened-Mail, News, Products, Guru, Bar, Bookmarks. Even then, the search engine was eager to contain everything that a modern person needs.

During the first year of Yandex.Direct’s existence, 2,500 advertisers placed ads on Yandex. It became the first search advertising service in Runet. A year later, the revenue of ” Yandex.Yandex. Direct doubled, and Yandex was the first Russian IT company to reach payback.

In 2001, the Yandex search engine overtook Rambler and has remained the leader of the domestic search market ever since.
How did Yandex compare favorably with Rambler, which allowed it to take a leading position in the market?

1) Accounting for the morphology of the Russian language.

2) Taking into account the distance between words when searching, for example, within a single phrase or paragraph.

3) The algorithm for matching the search results to the user’s query, which took into account the frequency of words from the query, as well as their location in the document, the relative frequency for a particular document.

In addition, unlike Yandex, whose owners retained a dominant position in the company and found the right investments, Rambler, together with the funds raised, received a top that does not understand anything about the features of the service.

The bosses changed, the developers tied their hands, the development strategy was invented by people who did not understand the main goal. Rambler turned into a news feed, then plunged into advertising, and eventually lost its position to the more unified and stable Yandex.

In addition, Yandex had a talented, young team, almost at the level of intuition, understanding where to move. One of the right directions was the improvement of advertising, during which Volozh takes a risky step. He decides not to sell ads based on impressions. Now the advertiser could pay per click. In the first days of the new scheme, Yandex’s revenue fell.

Then Volozh became a manager for a week and called all the companies that had their own website on the Internet. He offered them to buy contextual advertising and explained how it worked. The results were visible after a couple of months. Revenue began to grow exponentially and by 2008 Yandex.Yandex. Direct brings in 85% of the company’s total profit.

The main secret of Yandex.Yandex. Direct with the letter P

The company is developing and growing rapidly and confidently. In the summer of 2002, together with the Russian company PayCash, the electronic payment system Yandex was opened.Money.

“Yandex.Pictures” (image search) also appeared; instead of the services Pick up, Guru and Products, one was formed – Yandex. Market.

How Yandex.Market works: instructions for use

In 2003, Yandex became the first company in the Russian-language Internet to pay its shareholders dividends, the total amount of which reached 100 thousand dollars.

At that time, the company employed about 100 people, with revenues of about $ 200 thousand, and expenses of about $ 150 thousand.

In 2005-going out of the country. A representative office has been opened in Ukraine.

In 2006, the first remote development office was opened in St. Petersburg.

In the future, such offices will appear in many cities of Russia and abroad. They are created for different purposes. Among them, there are both development and sales offices, as well as offices responsible for product localization.The goal of Yandex is to find young and talented specialists.

As part of this goal, in 2007 Yandex opened the School of Data Analysis – free two-year courses that train specialists in the field of data processing and analysis on the Internet. Such rapid growth could not fail to interest another major player in the global market.

Google became interested in the Russian IT company. Sergey Brin and Larry Page (the founders of Google) came to the Moscow office of Yandex to negotiate a possible deal. Yandex developers and managers were already mentally sitting at the same table with their Google colleagues in a shared office in Silicon Valley, but the terms of the purchase did not look like an equal cooperation.

In fact, Google wanted to come to the Russian market and to absorb the rapidly growing Yandex.

The only thing that held back Google’s entry into the domestic market was the morphology of the Russian language, which the American search engine did not possess. Yandex refused the offer, but Google did not retreat from his idea, and independently came to Russia. Gradually taking a percentage of the market, after a couple of years, he pushed Rambler, which does not have such flexibility as Yandex, and then began to move Yandex itself.

How did Google differ from Yandex?

First of all, Yandex took into account the morphology of the Russian language, so when writing a word, for example, in the genitive case, it gave out a large list of documents with all possible spellings. The principle of Google’s work was similar to that of Yandex, but it was based on a special Page Rank algorithm developed by Brin and Page.

The principle is this: the more pages that link to a site, the higher it will be in the search results.

This principle has not yet outlived its usefulness and is still actively used. Google currently uses more than 200 ranking methods, but Page Rank is still one of the key ones.

Now the goal of Yandex is not only growth, but survival in difficult competitive conditions. In an effort to maintain its position in the Russian market and expand its horizons, in the summer of 2008 Yandex opened a new foreign office in Silicon Valley called Yandex. Lab.

In 2008, for the first time in its history, Yandex was included in the 10 largest search engines in the world.

According to comScore statistics, 0.9 % of users ‘ search queries around the world are on Yandex.

At the same time, Yandex buys the Smilink news agency. Based on the database of traffic jams compiled by this company, the Yandex platform has been launched.Traffic jams.

In parallel, the services Yandex.Metrica, Video, Books, Auto, Time, Ya. Online, Schedules, and Internetometer are launched.

The Punto Switcher program is purchased, which allows you to automatically correct the keyboard layout.2009 also brings significant changes: the company introduced a new method of machine learning Matrixnet, which made it possible to take into account many times more factors and their combinations when searching.

On May 19, 2010, the company launched an English-language version of its search engine on the domain yandex.com, and thus reached the international level.

The development of English-language search is engaged in the California laboratory Yandex Labs, opened in 2008.

In 2012, Yandex launches a browser of its own design with localization for Russia, Ukraine and Turkey.

At the same time, the search engine continues to fight for the user’s attention with the only serious competitor. And if in Russia, Yandex maintains a leading position, the global market remains under the influence of Google.

The owners of Yandex assess the situation adequately-Arkady Volozh declares the company’s plans to enter the European market, but not to take a leading position, and take second place there after Google, but with a significant share, about 30%.

As a result, two offices are being opened in Switzerland: in January – a development office in Zurich, and in March-a sales office in Lucerne to work more quickly with European advertisers.

The Yandex.Music services and the web version of Yandex are being launched.Taxi, Yandex.Navigator, and Sberbank acquires a share of the Yandex system.Money.As of 2012, the company’s server fleet reached more than 10 thousand machines, the number of employees-more than 4.5 thousand, the volume of the Internet advertising market exceeded $ 1.7 billion.

By the beginning of 2013, Yandex ranked fourth on the world stage among search engines.

The top of Yandex understands that to maintain a position, you need to be the first or the only one. And if it doesn’t work out – provide what others do, but in their own way. This was taught to them back in 1998 and the first contextual advertising.

On this wave, Yandex is actively buying up and absorbing small IT companies and startups, including:

In 2015, there are new services-Yandex.Travel, Yandex. Work, and Yandex.Realty. Yandex. Metrica is also being restarted, and Yandex services are being improved.Taxi and Yandex.Transport.

To improve the quality of taxi service, Yandex begins active cooperation with mobile operators and receives favorable rates for its drivers.

Despite the tough competition, Yandex manages to increase the number of processed requests: according to LiveInternet statistics, the increase in 2015 is 5%. In the fourth quarter, Yandex accounted for 57.3% of user requests on Runet.

The year 2016 is not inferior in terms of growth: Yandex services are appearing.Zen and Yandex.Lyceum – a program for teaching students industrial programming in the Python programming language.

In 2017, the company falls under the sanctions of Ukraine, which prohibit Russian IT technologies on the territory of its country. However, this does not prevent Yandex from developing: one of the global extensions for the company is cooperation with Uber and Yandex taxi goes to the world level.

In 2018, the company introduces the first “smart station”, and in 2019, the first wireless bluetooth speaker with a built-in voice assistant Alice goes on sale.

Super-actively developing Yandex. Metrica. Over the past year, there have been 7 (!) new types of goals. In addition, the system has learned to fix them automatically.

The history of Yandex is rich in events and continues to be updated every day. It is safe to say that Yandex is a Russian phenomenon and a significant IT brand with global influence.

About the Yandex Affiliate Program

Yandex invites advertising agencies and web studios to cooperate-both with and without experience in the field of Internet marketing. If you are just starting to develop this direction, we are ready to help you.

You can find more offers here.